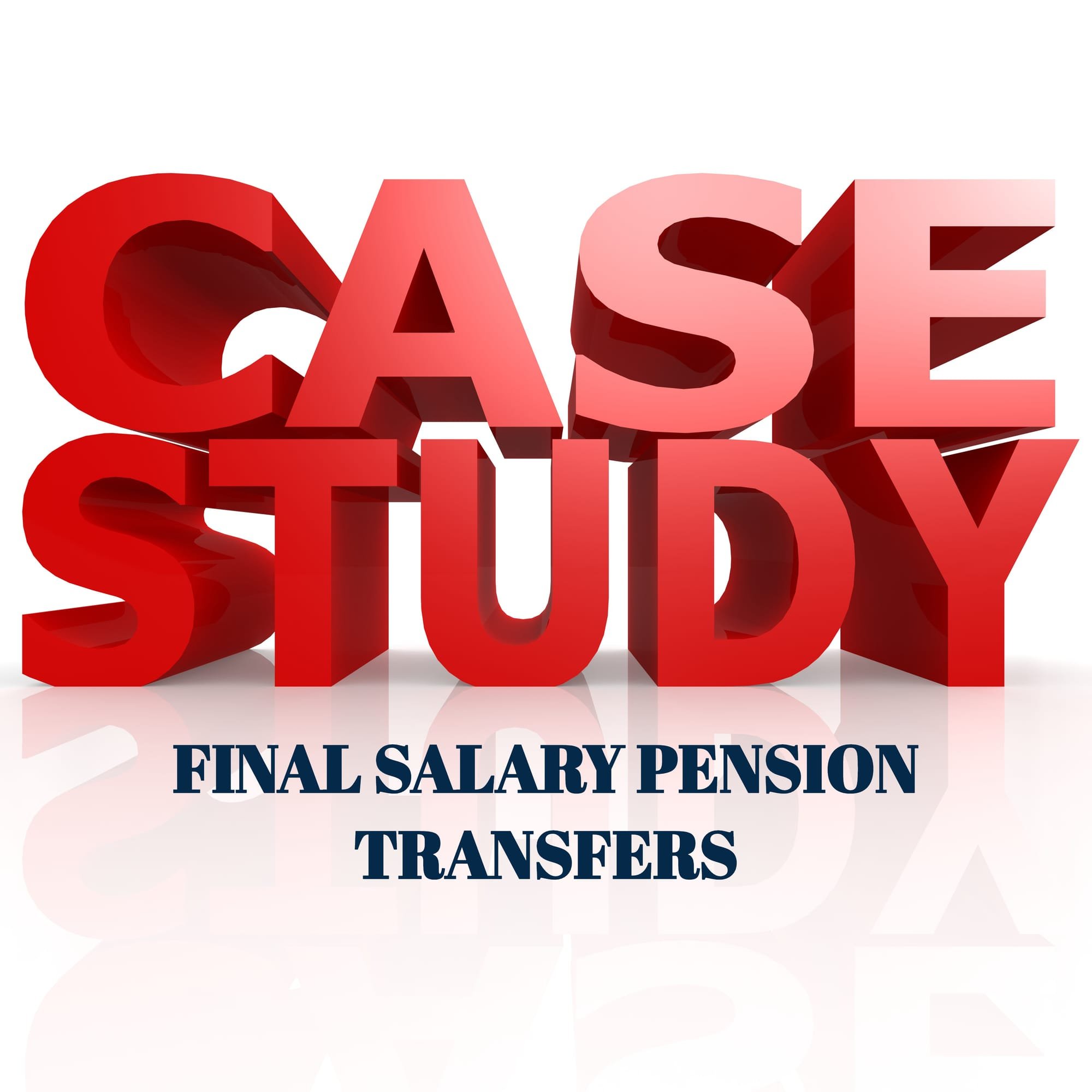 GJ at age 58 was offered a transfer value of £286,054 from her previous employer Britvic, in return for giving up a projected pension at 65 of £15,686 per annum plus a tax free cash sum of £34,885. We had re-examined GJ's pension in 2010 and the advice at the time was to stay put because the transfer value was unattractive. GJ is a single mother with one son age over 18 and she could not bear the thought that in the event of a premature death her pension would stop. She had worked very hard to bring her son up and she would have liked him to benefit financially in the event of an early death. She also wanted to take control of her pension asset and to retire by taking a flexible retirement income via a pension drawdown arrangement.

WHY GJ TOOK THE TRANSFER VALUE

When we advised DF (60 at the time) in 2015 to consolidate all his pension plans we strongly advised him to arrange a meeting with his wife HF (52 at the time) to provide her with advice on her deferred pension with Barclays. HF had undergone a successful cancer treatment years ago. HF was planning to utilise her pension at age 55.

The meeting was never arranged but in December 2017 the clients requested an urgent meeting. Unfortunately, HF was diagnosed with cancer again and she wanted to assess all options with her deferred pension. We advised HF to transfer out.

WHY HF TOOK THE TRANSFER VALUE

ER is a self employed solicitor who was looking to semi retire at age 55 with husband MR. They owned a property valued at £500,000 with a small mortgage outstanding. There were planning to downsize and use the proceeds to built two properties in Granada to rent out in order to generate investment income and buy a smaller property in the UK. During the vacant periods, they wanted to occupy one of the properties in Granada themselves. The cost of the built in Granada was anticipated at £300,000. Their income requirement after age 55 was predicted at £30,000 per annum. They had savings in excess of £50,000. ER had two final salary schemes with Phoenix and Lloyds Bank. ER was given a transfer value of £365,000 and £120,000 respectively.

WHY ER TOOK THE TRANSFER VALUE

GH, a Marketing Executive working in London, left his job as he got tired travelling to London and decided to seek a part time job locally and semi retire. He was 57 at the time and he was looking to access his assets, as he had no income. He had a property valued at £1.2 million and planning to downsize at some point in the future, thus releasing extra capital. He had a final salary scheme with PA Consulting and money purchase schemes valued at around £410,000. He was given a transfer value for his final salary pension of £465,000. He also had savings/investments valued at £170,000. GH was also expecting an inheritance in the region of £500,000 from his parents. GH needed an income of around £4,000 per month net until a new part time employment was secured.

WHY GH TOOK THE TRANSFER VALUE

WHY KH TOOK THE TRANSFER VALUE

KP is divorced with two sons. Although was planning to work for two more years he reached normal retirement age in February 2020. KP was concerned that in the event of death his sons would receive nothing from the pension scheme. KP had two deferred pensions with Eaton UK having been given a transfer value of £141,000 and £77,000.

WHY KP TOOK THE TRANSFER VALUE

WHY SB TOOK THE SCHEME PENSION

Although by taking the transfer, SB would have still achieved his required income in retirement & own the asset without having to take any investment risk because of the size of the transfer value and other assets, we recommended he took the pension income and tax free cash directly from the scheme.

WHY CH TOOK THE SCHEME PENSION

Although by taking the transfer, CH would have still achieved his required income in retirement & own the asset without having to take any investment risk because of the size of the transfer value and other assets, we recommended he took the pension income and no tax free cash directly from the scheme.