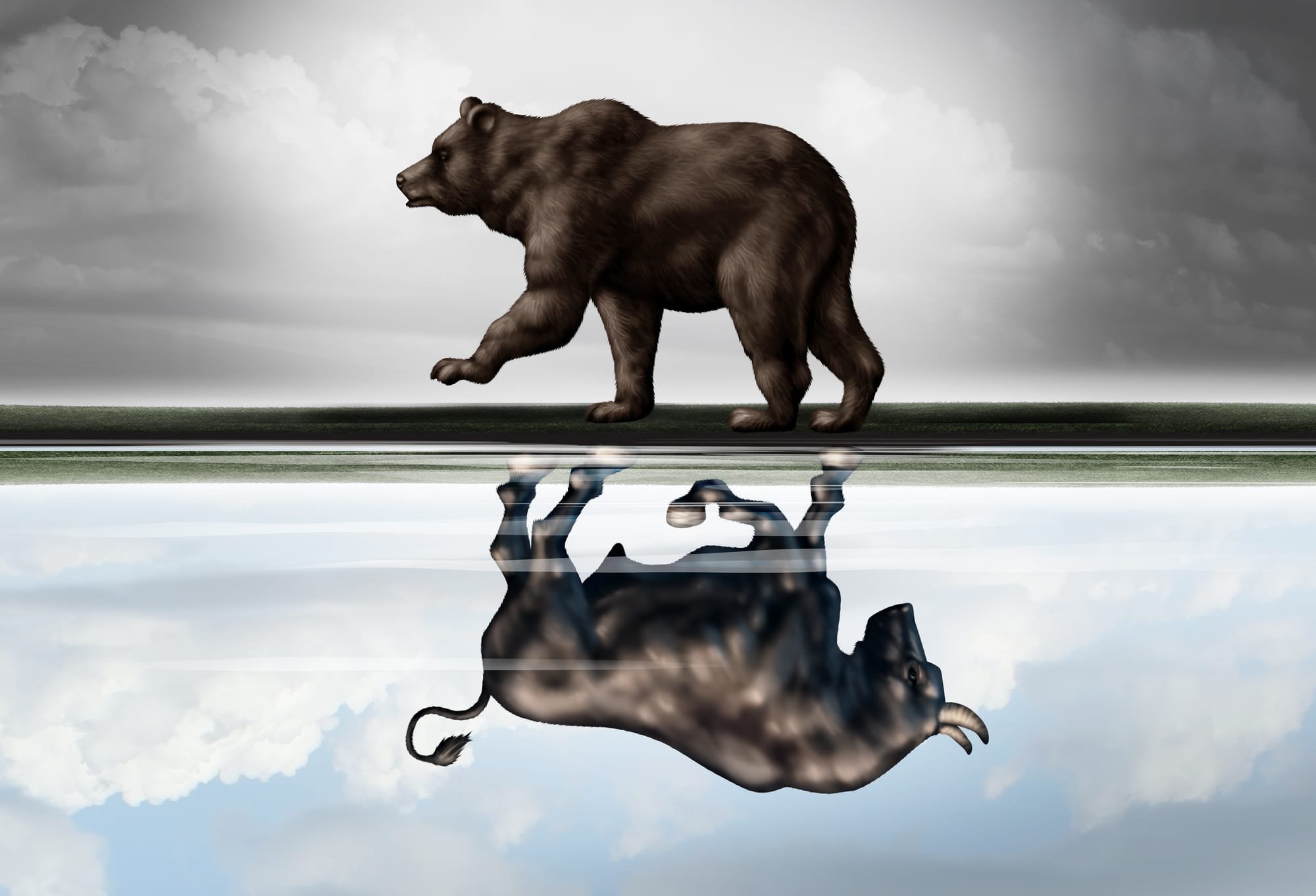 It amazes me seeing various people over the years displaying a great deal of emotional inertia when investments look good but when the markets go down they are full of action. They check valuations daily, propose asset changes, and with the media as an ally try to convince themselves that they have lost money. Thankfully, it is all explained by behavioural finance.

There is a fundamental difference between a psychological loss and monetary loss. I have heard it so many times over the past 30 years of advising clients, “I have made x on this investment or I have lost y on the other investment and so on”. Let me tell you something. Unless you crystallise your investments you haven’t made or your haven’t lost anything. The purpose of any financial plan is to meet long-term objectives. Sometimes the value of your investment would be a lot higher than the expected growth rate, sometimes it would be lower, and during a market event it would be lower compared to the original capital, if it was a recent investment.

Loss psychology refers to the emotional side of investing, namely the negative sentiment associated with recognising a loss and its psychological effects. The psychological effects of experiencing, or even facing the possibility of, a loss might even induce behaviour that could make losses more likely or more severe. ﻿

Behavioural economists claim that humans are wired for loss aversion, one of many cognitive biases identified by. Some psychological studies suggest that the pain of losing is psychologically about twice as powerful as the joy we experience when winning. Fear can cause investors to behave irrationally and make poor investment decisions.

Investors need to understand behavioural finance, not only to be able to capitalise on market fluctuations, but also to be more aware of their own decision-making process.

In each of the previous global virus scares since Ebola in 1976, stock markets fell substantially when the World Health Organisation (WHO) announced the emergency. It had a 40% fatality rate with over 13,500 deaths.

Prior to that, we had the stock market crash of 1973/75 when the UK index fell over 70%. In 1981, AIDS came along to further undermine investor confidence, which was still weak.

It’s hard to believe, but massive growth began in 1982 and rolled along until the internet bubble bust in 2000. And, that’s despite an estimated 1.1 million deaths from AIDS worldwide. (To end of 2018). Right in the middle of the 2000-2003 internet bubble unrest with 9/11 and the subsequent Gulf War along came SARS with its 9.6% fatality rate.

To be fair, Coronavirus appears more contagious and has affected far more people than SARS, but so far, the fatality rate is around 2%.

Market fluctuations for long - term investors are inevitable, but smart investors focus on their long-term objectives, preventing them from falling into the common traps that arise when psychology and emotions affect judgements.

I am not suggesting that the path to future success is buried in historic data but we should not ignore history when thinking about money. General things like people’s relationship to greed and fear, how they behave under stress, and how they respond to incentives tends to be stable in time.

One of my long - standing client’s portfolio is well over half a million. He is 75 years old, and in his working life he was a bricklayer earning around £20,000 annually. Now, you would think, how come he accumulated so much money. It is very simple. He understood the power of compound interest from a young age, I invested his humble savings, and he enjoyed years off compounding in the stock market. He never, expressed any concerns or fears to me during the 1992 event when sterling forced Britain to withdraw from the Exchange Rate Mechanism (ERM), or in 1998 when Long-Term Capital Management (LTCM) hedge fund failure nearly collapsed the global financial system, or during the 2000-2003 dotcom bubble bust, or in 2008 with the global financial crisis, and he has not expressed any concerns - fears now. He has done the right thing. Focused on long term, ignored the noise and applied discipline.

Investing is not the study of finance. It’s the study of how people behave with money. You cannot sum up behaviour with formulas to memorise or spreadsheet models to follow. Behaviour is inborn, varies by person, is hard to measure, and it changes over time.

The finance industry talks too much about what to do, and not enough about what happens in your head when you try to do it.

To have a little taste of what behavioural finance is all about click on the link below:

A GUIDE TO BEHAVIOURAL FINANCE.pdf

Coronavirus Effects on Markets Behavioural Finance
We Have Been Here Before (MAY 2020)
Coronavirus Global Spread & Market Unrest. How to Get Over Your Fear of the Markets (MAR 2020)
Changes to Personal Finance Portal (PFP) – Mobile Devices (MAR 2020)
Comments